Congregation of the Holy Faith Sisters 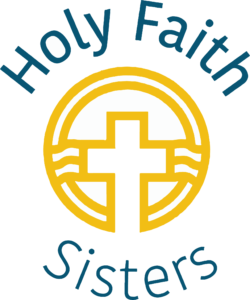 to find out more about what is happening in The Holy Faith Sisters today.

The Sisters established a network of schools in Trinidad, in the West Indies, in the United States, New Zealand, Australia, Mexico, Peru,American Samoa & most recently Riwoto in South Sudan.

Today, this founding mission is lived out through our three priority areas: Faith Development, Support for Struggling People, & Care for the Planet.

History of the Holy Faith Sisters

The Holy Faith Sisters were founded by a Waterford woman, Margaret Aylward. She was an active member of the Ladies of Charity of St. Vincent de Paul in Dublin in the mid nineteenth century.

The spirit of St Vincent de Paul which permeated the association made a deep impression on Margaret.  The knowledge and expertise she acquired through her ministry to the poor as a Lady of Charity helped her in the founding of the Holy Faith congregation and its future mission. Fr John Gowan CM, a Vincentian priest guided and supported Margaret and trained and formed the Sisters in the early years of the congregation.

Margaret founded St. Brigid’s Orphanage, a non-residential but long-term family care system which provided fosterage for destitute children who were in danger of loss of faith.  Schools were later established to provide Catholic education for the poorest children. To provide long term stability for these works and to encourage the spiritual development of her helpers, Margaret Aylward founded the congregation of the Sisters of the Holy Faith in 1867.

In the following years, the schools grew as did the membership of the congregation. Eventually Sisters established schools in Trinidad, in the West Indies, in the United States, New Zealand and Australia. We also spend some years in Mexico, Peru, and American Samoa. Our most recent project was the setting up of a primary school in Riwoto in South Sudan, one of the poorest countries in the world. This school, developed in co-operation with the Kiltegan Fathers, is now administered by a congregation of African Sisters.

“Our chief care is for the poor and our principal concern the defence of the faith.”

In the 21st century, this founding mission is lived out through our three priority areas: Faith Development, Support for Struggling People, & Care for the Planet.

Fr. Gowan CM instilled in the sisters the Vincentian values of Humility, Simplicity, Faith and Charity.  These values are still lived out and treasured by Holy Faith Sisters. We welcome opportunities for new and on-going collaboration among the branches of the Vincentian Family. The words of Fr Tomaz Mavric CM, Father General of the Vincentian Fathers, encourage us, “nothing that can be done together should be done alone”.

Get in touch today!