Congregation of the Mission 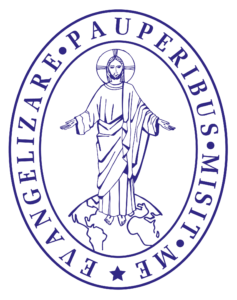 to find out more about what is happening in Congregation of the Mission today.

Gannes‑Folleville Vincent founded the Congregation of the Mission in 1625.

Today Vincentian communities in Ireland and Britain work in parishes and in chaplaincy to schools and hospitals.

History of Congregation of the Mission

Following his experience in January 1617 in Gannes‑Folleville Vincent had tried to find a religious order to undertake the work of evangelising the poor people in the rural villages. Unable to do so, and with monies deeded by the de Gondis, in 1625 he founded the Congregation of the Mission. This enabled regular missions to be given in the villages.

The involvement of the Congregation of the Mission with Ireland dates back to the days of Vincent himself—a time of great trials for Catholics in Ireland. Many, including bishops and priests were martyred. While some of the clergy hid amongst the people, some fled to the mountainside and others still fled the country altogether. Of those that left the country, some found their way to Vincent de Paul and joined the ranks of his little band. In 1646, Vincent sent a group of eight men – fi ve of whom were Irish – back to Ireland. There, they faced much persecution. One was martyred and others returned back to France in fear of their lives but not before much good was accomplished.

While establishing a community in Ireland was close to Vincent’s heart, it did not happen during his lifetime. However, in 1832 in the wake of Catholic Emancipation, four young men in their final year studying for the priesthood at St Patrick’s College, Maynooth came together with the same idea in mind; to form an institute which would combine the advantages of community life to preach missions to the Irish faithful and educate them in their faith. These men were James Lynch, Peter Kenrick, Anthony Reynolds and Michael Burke. Following their ordination in June 1833 they realised their idea. They were joined by Fr. Phillip Dowley, Dean of St Patrick’s Seminary, Maynooth and later John McCann and Thomas McNamara. The Archbishop of Dublin, Dr. Murray, having held close to his heart a desire to see the Congregation established in Ireland, was pleased to hear of their plan and presented them with a copy of the Rule of Vincent. It was James Lynch who coined the phrase Vincentians.

Today Vincentian communities in Ireland and Britain work in parishes and in chaplaincy to schools and hospitals. Special works associated with the Congregation include parish missions, work with people who are homeless, people who are deaf, and members of the Travelling and immigrant communities.

Get in touch today!